Visit https://sacoronavirus.co.za to learn more about the Covid19 response measures

The story of Kadoempie: the parrot who never gave up.

The story of Kadoempie: the parrot who never gave up. 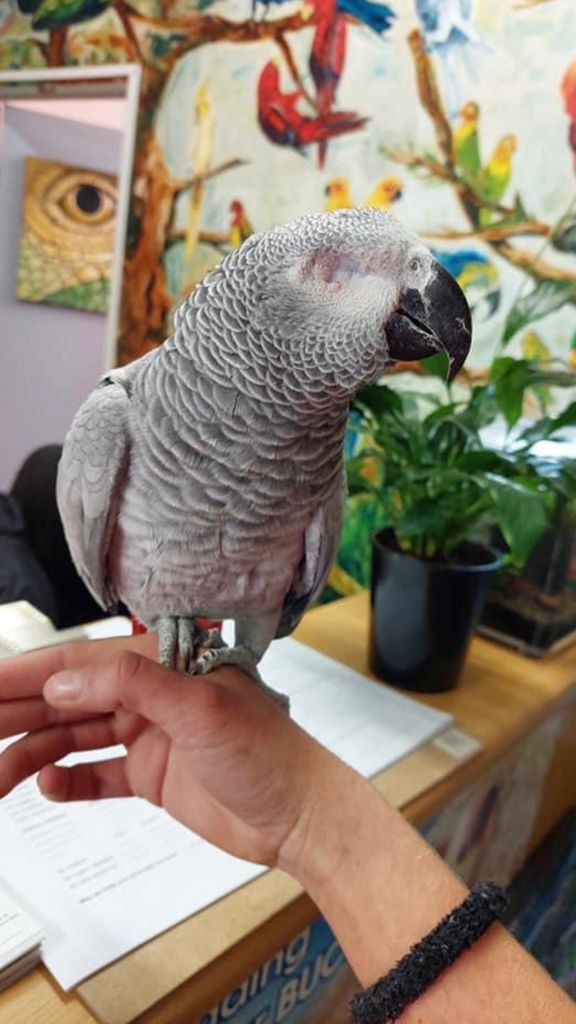 Laat Waai Papagaai’s entire purpose and mission can be summarized in the incredible true story of an African Grey called “Kadoempie”.

It is a story of how members across South Africa took hands, opened their hearts and joined in a miraculous fight to save Kadoempie. This is a story with a happy ending.

Kadoempie (who we found out later was named Charlie) was surrendered to an LWP member in Polokwane by a gentleman who claimed he could “no longer see the African Grey suffering.”

Kadoempie (named by Ilse before she had even seen the parrot) arrived in LWP’s volunteer group and it was evident from photos the parrot needed emergency and expert medical care. The tumour was extremely large and the bird was not in a good condition.

Kadoempie was immediately rushed to Onderstepoort and was left in the miracle hands of avian and exotic veterinary specialist, Dr Dorianne Elliott: http://www.birdandexotic.co.za

Carol Hartzenberg (the practice manager) kept us updated throughout the nerve-wracking weeks that followed.

Kadoempie had cancer and it was touch and go for a long time whether thes cheerful African Grey would survive this ordeal. Many setbacks and numerous surgeries did not break Kadoempie’s spirit – not once!

In the miraculous hands of Dr Elliott and the incredible rehab and love received while under the care of Onderstepoort, Kadoempie survived. It also turned out that Kadoempie was a female, not a male as was initially thought.

Her story of hope, her fighting spirit and her personality caused Carol Hartzenberg (practice manager) to fall in love with Kadoempie – and guess what? YES – Kadoempie was adopted by Carol.

It is our greatest wish that we could offer such happy endings to all of the avians in need out there.

It is for this reason we will continue to work and fight for each bird.