Visit https://sacoronavirus.co.za to learn more about the Covid19 response measures

WHY WE CARE: (Star’s story) 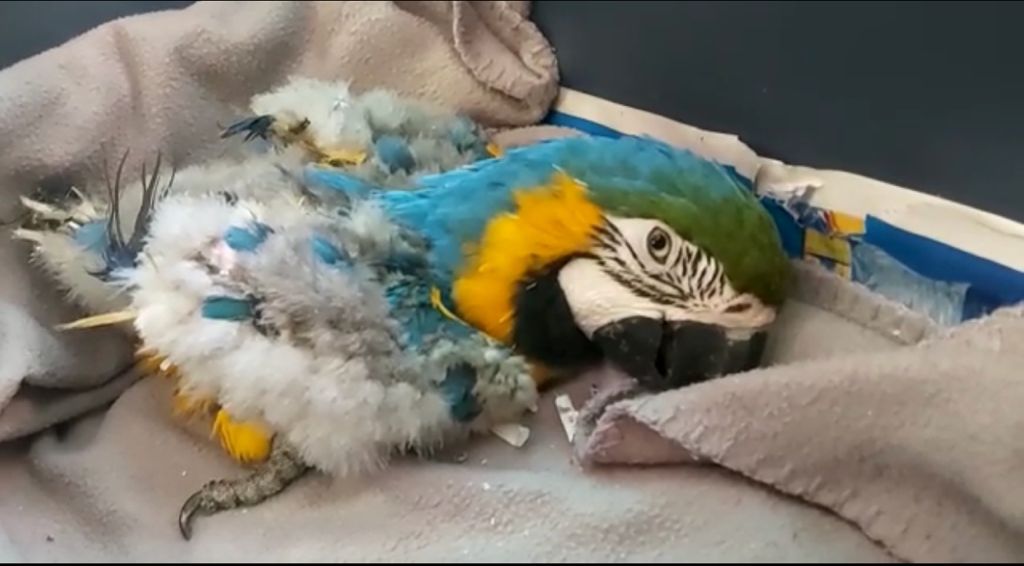 Star was a beautiful Macaw, a young bird exhibiting typical Macaw traits and living with “owners”. Star became too “noisy” for the owners inside the home, so his cage was removed and placed in the garage, which was also a workshop – meaning fumes, chemicals and horrendous conditions. For a highly intelligent, curious and companion bird – this was already an unacceptable living standard. One day, Star was run over in the garage with a trailer. Star suffered serious injuries, broken bones and damage to organs along with a litany of other injuries that needed emergency medical attention. Star’s “owners” (abusers) did not take their severely injured bird to a vet, they left Star to “heal” on his own.
5 Months after Star had suffered these serious injuries, a LWP Admin member: Corlia Botha performed the rescue. On collection of Star in Cullinan, who had now been 5 months without medical treatment – he was rushed to Dr Dorianne Elliott, where the news was not good at all.


“The Macaw has numerous and very severe problems. Firstly his left femur was broken very long ago and healed skew. His swollen right foot is a severe bone infection through all of his foot bones. The foot cannot be saved and the other leg will not cope if we amputate the foot. The heart and liver are enlarged and there is severe inflammation of the pancreas.
A normal white cell count is 8-12. If it gets to about 25 we become worried about infection. The highest we normally see is about 35. This macaw has a count of 100, one of the highest I have ever seen. This makes his chances of Chlamydia, Asper or even TB very high.

There is simply no way possible to give this bird a pain free life without suffering. Sadly, he must be put to sleep.” - [sic] Dr Dorianne Elliot.

It is for birds like Star that we will continue with our work.

Laat Waai Papagaai “LWP” believes that the plight of avians in South Africa (and indeed across the continent) is under reported and severely under estimated.
This would be both the plight of the companion bird and those living in the wild. As an organisation we believe the following:
Education plays an essential role in the health and wellbeing of avians. Not all people are bad owners, they are simply ignorant owners who can be educated.
Law enforcement agencies and the Department of Justice and Constitutional Development must be presented with additional facts and evidence regarding the plight of avians – thereby highlighting the scale of abuse, trafficking and other criminal activity. An informed judiciary is an effective one.
Legislators within the Parliament of South Africa must be lobbied and addressed regarding the avian plight and sponsors for new legislation among political parties must be generated.
Like minded organisations with similar goals must be approached to form a National Working Committee to oversee a combined effort to lobby government.
Every avian is entitled to veterinary care and this should not only be reserved for those who can afford it. LWP’s Emergency Fund will continue to support this vision.
Raising public awareness to the plight of avians. This can be only be done with activism on social media and on the ground. LWP is committed to doing both – utilizing our generously sized membership base and platform.


And that is why we say:
“Let no parrot be left behind”